The Jacob Wheeler Foundation is a 501 (c) (3) nonprofit organization.

Jacob was born February, 20, 1998 in Butte, Montana to Bill and Lisa Wheeler.  Jacob had many interests.  He was an excellent student and an accomplished swimmer and soccer player.  As a freshman on the Butte High Bulldogs swim team, Jacob received All-State honors in the 100 backstroke and two relay events.  He was a letter winner on Butte High's 2013 State qualifying soccer team.  He was named Academic All-State for both sports in the 2013-2014 school year.  Jacob enjoyed fishing and hunting with his dad and grandpa, as well as camping and family vacations, video games, knitting, and playing cards.  Jacob was always there to help with the chores around the house.  Jacob began working for the family business, El Taco, in July of 2013 and received his drivers license the following November.  Jacob's best friend was his older sister, Abigail.  To those who knew him, Jacob was considerate and kind, affectionate and funny, soft-spoken yet of high moral character.  His willingness to put the needs of others first will be remembered always.  And of course, we'll always remember the enormous "Jacob Hugs" he shared. Jacob died on January 1, 2014, a victim of suicide.

Founded in memory of Jacob Wheeler 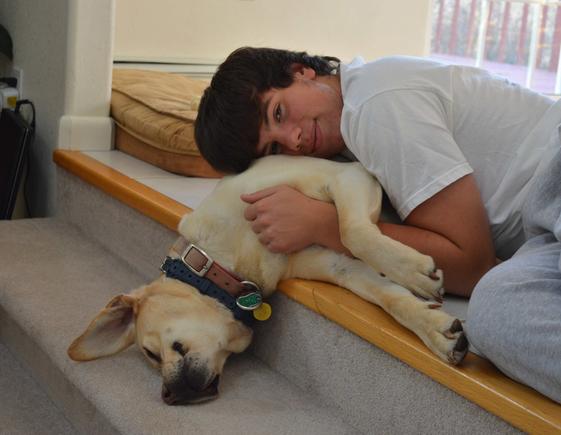 Studies show that for every completed suicide, there are 6 direct survivors.  Each year, there are more than 220 suicides in Montana.  This translates to more than 1,300 survivors every year. Survivors are also at risk as they are three times more likely to complete suicide themselves.

​Or Send check payable to: